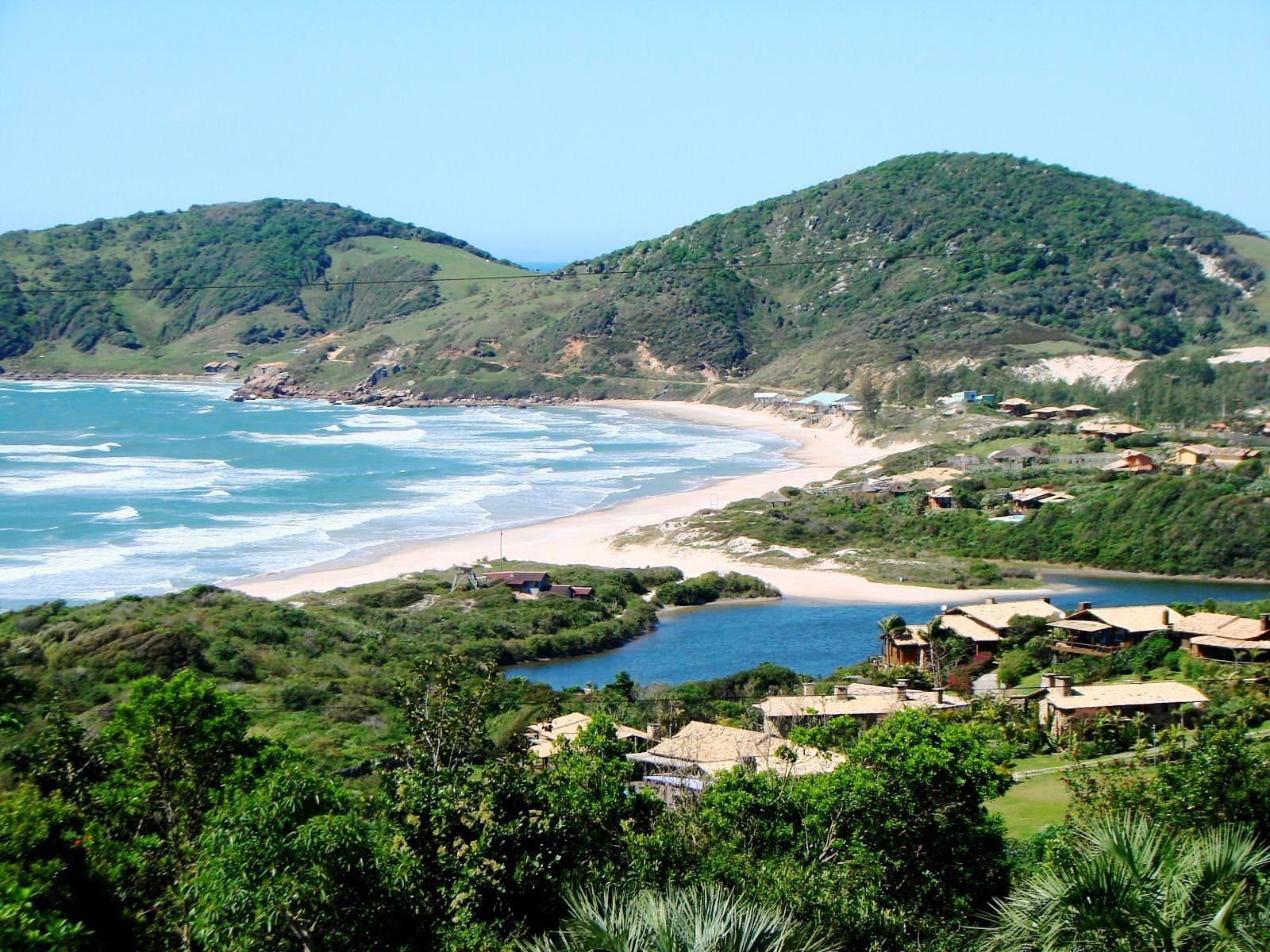 Blond children with blue eyes and a strong regional accent make you wonder: Am I really in Brazil? This is the south. Since it was colonized mainly by German, Italian, and Polish immigrants, the facial features and cultural preferences of this region’s inhabitants create a markedly European atmosphere. In the state of Paraná, besides the city of Curitiba, a model in urban planning and lifestyle, you will be enamored by the Iguassu Falls, one of the largest waterfalls in the world. In the state of Santa Catarina, you will witness the industrial progress and savor the regional delicacies of the Itajaí Valley’s cuisine. In Florianópolis, on Santa Catarina Island and along the entire coastline, the beaches are themselves a feast for the eyes, with waters and sands to suit all tastes. The northern coast of the island, in Joaquina, hosts international surfing competitions. In October, the city of Blumenau attracts enthusiatic tourists from all over the country and even abroad for the Oktoberfest, a beer festival. Pomerode in Santa Catarina, as well as Gramado and Canela, in Rio Grande do Sul, bear a striking resemblance to Bavaria, with their colonial cafés serving delicious German delicacies. The ruins of São Miguel, close to Santo Angelo, also in the state of Rio Grande do Sul, remind us of the 210 years of the Jesuit Missions presence in Brazil. The strong regional spirit in this state makes for a rich folklore of music and dance coupled with the traditional “churrasco”, (barbecue) and the “chimarrão (mate tea).

With an area the size of Portugal and a population similar to that of Norway, the state of Santa Catarina is a land of contrasts: in terms of landscape, the mountain ranges are in contrast with the coastline, punctuated with beaches, bays and inlets and dozens of islands; in terms of architecture, cities such as Blumenau and Joinville have retained the same typical building style from the time the first immigrants, mainly Germans, colonized the state, contrasting with the capital, Florianópolis, which is a young, modern city with water sports championships running all year round.
The colonization process began on the coast with the arrival of Portuguese from the Azores in the middle of the eighteenth century, sent by the Portuguese king to complete the take-over. After them came the Italians, who settled mainly in the south and west of the state, and last of all the Germans, who chose to go north and north-east and founded the cities of Blumenau in the Itajaí Valley, and Joinville.

Santa Catarina is made up of a mixture of nationalities that are reflected in the culture and historical heritage of the state. Tourists can enjoy the state’s attractions all year round. In the summer, when temperatures reach 35º C, they can visit the state’s beautiful beaches, whereas in winter, when temperatures go down and snow occasionally falls, tourists can enjoy the highlands country.
Known as a piece of Europe set in the southern hemisphere, Santa Catarina has one of the highest economic development indices in Brazil, based on diverse industries including cattle-rearing and mineral extraction. The most important industries are in the agroindustrial sector covering metals, textile, ceramics and electrical and electronic machinery and equipment.
The main industrial activity takes place in the Joinville area with the textiles industry being centred on Blumenau in the Itajaí Valley. The ceramic and porcelain industries are mainly in the south of the state and export to more than sixty countries. The cities of Tubarão, Criciúma and neighbouring administrative districts have economies that are based on mineral extraction, particularly coal.
Twenty five per cent of the state is involved in agriculture with plantations growing rice, garlic, onions and apples which when harvested in Fraiburgo and São Joaquim, represent more than half Brazil’s total production which amounts to 480 tons. To the west, Santa Catarina has some of the country’s largest abattoirs such as Sadia in Concórdia, Perdigão in Vidreira and Chapecó in the town of the same name.
Exports leave via three ports: São Francisco do Sul on the northern coast, Itajaí near Camboriú, and Imbituba, Brazil’s first privately owned port in the south of the state.

Bathed by forty two beaches, Florianópolis is a wonderful sight for the visitor. Situated on the Island of Santa Catarina, the capital of the state of Santa Catarina has a landscape sprinkled with lakes, sand dunes and small islands all along the coast. The inviting waves on beaches such as Joaquina have encouraged successive national and international surfing championships to be held here. Beaches such as Canasvieiras and Jurerê with hotels and sophisticated restaurants, compete with the rustic charm of beaches such as Campeche, Ponta dos Naufragados and Solidão.

Along the coast, a series of fortresses built to withstand invasion by the Spanish and Dutch during the sixteenth and seventeenth centuries are a relic from the colonization of the state. Amongst them are the Fortress of Santa Cruz on the Island of Anhatomirim, the Fortress of São José da Ponta Grossa between the beaches of Daniela and Jurerê, registered as Historical Heritage, and Santo Antônio, on the Island of Ratones Grande. In Pântano do Sul, also on the coast, is the capital’s most authentic fishing village.
Originally colonized by the Portuguese of the Azores, Florianópolis retains many traces of its early years. The small village of Santo Antônio de Lisboa is an example of architecture of that period and in Ribeirão da Ilha, the oldest part of the capital, the inhabitants still speak the Azorean dialect which is difficult to understand at first. In Ribeirão da Ilha is the church of Our Lady of Lapa do Ribeirão, built in 1806. Lagoa da Conceição, with its many sand dunes, restaurants and seaside night life and where women make lace to sell in the street, has also managed to retain many traces of its colonial architecture.

The centre of Florianópolis, with its alleys, rows of typical houses, churches and museums, contains many examples of colonial architecture. Amongst these are the former government palace, nowadays the Cruz e Souza Museum (which took its name from the famous poet from Santa Catarina who formed the symbolist movement) and the Public Market built in 1898 which sells food and local handicrafts under the shade of a one hundred year old fig tree. Close to the centre is the house where Victor Meirelles was born, one of the authors who devised the first mass spoken in Brazil. The building is registered by the Institute of Historical and Artistic Heritage and houses the Victor Meirelles Museum.
South of the city of Florianópolis one finds the Sonho, Pinheira, Guarda do Embaú and Pedras Altas beaches, apart from some of the most popular beaches for surfing: Garopaba, Rosa, Imbituba and Farol de Santa Marta. Pedras Altas is a nudist beach and is part of the natural reserve within the Parque Florestal da Serra do Tabuleiro (The Serra do Tabuleiro Park).